One of the annoying things about my bike ride to work is the frequency of the stops along the way, which can often make a six mile ride take upwards of 30 minutes one way. My suspicion was that a significant amount of time was spent at the Moffet & Central intersection right where the Mountain View Caltrain station was, but since I had the Strava data from a couple posts ago, I decided to take a closer at where the time was actually going.

To get an approximation of the stopping intersections along a ride, you can take advantage of the fact that Strava slows down the recording of waypoints as the device stops moving (or in other words, the time between subsequent waypoints increases while stopped). And at those stops, you can find the time spent there by taking the time difference between the next moving waypoint and the last moving waypoint at some threshold distance. From this, the data suggested that I had to stop an average of 23.4 times for a total of 7 minutes 10 seconds per commute, which is almost 25% of my total commute time!

To break that down even more, you can take the approximate intersection waypoints and cross reference them with the closest actual streets (using the Geonames API) and find out exactly how much time you are cumulatively spending at each intersection. Here are the top 15 intersections along my commute to work for example:

Surprisingly, the longest time waiting isn't actually at Moffet & Central Expressway but rather at the other end of downtown Mountain View at the intersection of Castro & El Camino Real. And I believe it, that intersection also has a long wait since El Camino is such a high-traffic thoroughfare for the peninsula. 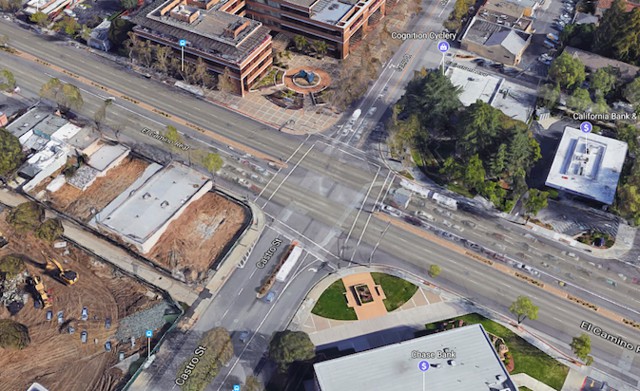 As a side note, if I were to sum up all the time spent at each intersection, it would be approximately 42 hours 24 minutes – that's almost two whole days spent just waiting for the cars to pass!